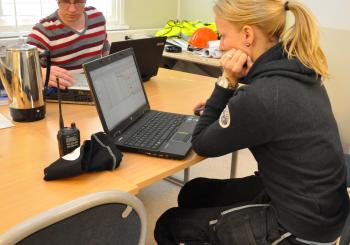 On behalf of HSB North, NCC produces condominiums on the South West slope of Lulsundsbergets in Luleå. SyncroSite used since February 4th, 2013 at the production of a 16-storey tower block. 74 flexible apartments with sweeping views of the archipelago and the city centre. The building will be completed during the fall of 2013. Special emphasis has been on SyncroSite functionality for purchase planning, work-space co-ordination and prioritization of critical resources. E.g. use of construction hoists and scaffolding to get the most efficient workflow possible.

On behalf of Anox,  Byggmästarn i Skåne produce an expansion of about 1000 square meters of an office building. SyncroSite used since April 13. The expansion is on 2 floors and comprises 30 offices. The project is scheduled to be finished in November 2013. Special emphasis has been made on SyncroSite functionality for purchase planning, supply planning and prioritization of critical resources.

On behalf of Municipality of Luleå, Nåiden produce a new health and social care building at Bergviken. SyncroSite is used since the fall of 2012. The building is 5 stories high and consists of a main building and two wings. The first phase includes 72 apartments. As many apartments are also planned for at phase 2. Phase 1 will be completed in the fall of 2013. Also this production projects have appreciated effective support for purchases as well as prioritization of critical resources.